Last night the Arapahoe Tea Party hosted a meeting. The meeting was to include two main agenda items: 1. A focus group discussion about Ed Perlmutter, and a strategy for this Tea Party to bring about his defeat in the CD7 race with Republican candidate Ryan Frazier. 2. To elect a new Chairman of the Arapahoe Tea Party.

The first part of this meeting was to be conducted with input from a CD7 Research Team. No one from this team was present. No part of this agenda item was fulfilled.


The second part of the agenda was to elect a member to take Fred Lindner’s place as Chairman of the Arapahoe Tea Party. There was to be a period of introduction and a short Q & A session with those candidates who were interested. And then a vote. 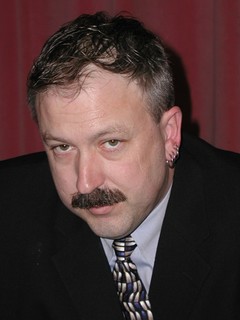 Prior to tonight there were several people that had expressed an interest in the unpaid position. One interested party was present, and he wasn’t certain that he could do what needs to be done. The Q & A session was reversed, instead of the candidate being questioned to determine his qualifications, the outgoing Chairman was questioned to determine the basic requirements and the level of assistance that could be expected going forward.Three people were present: Fred, Wilma Branstetter, and Steven Haworth (me).

One of the questions that I asked Fred was “What happens after tonight if I don’t take over, or if nobody takes it?” Fred waved his hand, fluttered his fingers in the air, and said, “It’s over.”

Now is not the time to stop! We have a very important election in less than two months!

I am going to work hard toward continuing this movement. I pledge to do what I can to further the agenda of the Arapahoe Tea Party and to forge ahead in accordance with our Mission Statement.

It may take a little while for me to get up to speed. I’ll have a lot of catching up to do in the days and weeks ahead, I’ll need to learn the website, produce a news letter, evaluate the events that are posted, read the emails for website, etc. Please continue to blog, but keep it decent, continue to post your events, but let’s do relevant stuff, and continue to send emails, so I can have your thoughts as to what needs to be in the newsletter, but let’s hold back on the emails that don’t make the cut of our Mission Statement.

Look for a few changes in the days ahead.

I am looking forward to this challenge!
Thank you,

Chairman, Arapahoe Tea Party
(I’ll update contact info issues later, but I have access to the email accounts where you contacted Fred, so continue using those for the time being and I’ll put out my personal email and phone number as needed. I now have two pages on the website:
Steven Haworth and Chairman.)