I received the following in an email this morning. And I still support Dan Maes for Governor.

The message below is from a 9-12 member who attended a private meeting yesterday between Dan Maes and some of the state 9-12 leaders. This person prefers to remain anonymous. At the meeting Dan explained to the group about what happened in Liberal, Kansas:

Dan started as a police officer with the 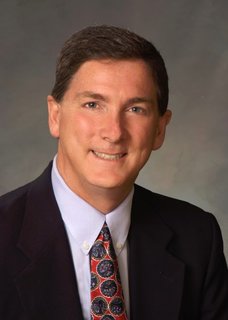 Liberal, Kansas police department when he was 23 years old. He was dating a girl and noticed that when he went to his her house in Liberal that unusual activities were going on in the house. He found out that the girl’s parents were involved with illegal gambling and possibly drugs, so he told his police sergeant. The sergeant’s replied, we do not concern ourselves with these things. Soon after this Dan was called into the police chief's office and told to go to a certain motel in town. He was told to go alone which was not standard operating procedure since officers always had a backup during a call of this nature.
At the door of this motel Dan was met by two KBI (Kansas Bureau of Investigation) agents who told him to remove his badge, his firearm, and his tie, because he was going to be there a while. They questioned him about the activities that were going on at his girlfriend’s house that involved illegal gambling and drugs.
Dan was a young man and had very little knowledge of gambling or bookmaking, (as even many of us today have little knowledge). The KBI asked Dan to be an undercover informant for them and to continue going to the house to gather information for the KBI. He was not officially a part of the KBI and never claimed to be, but newspaper reports would have you believe that he claimed it.
Two years later, Dan was called into the police chief's office and told that he was fired. The gambling/drug operation was connected to one of the most powerful and most wealthy businessmen in town and other influential people. A young, rookie police officer had become the enemy of too many powerful people, and the police chief did not want to be on the wrong side of those people. That meeting with the chief of police was devastating to Dan. Dan had performed his job diligently and with high risk to his own personal safety. Dan was being fired because he had done the right thing and had become a victim of circumstances.

Dan left Liberal, Kansas with the warning to never return. Dan came to Colorado where he had always wanted to live.

Ironic how time is being repeated today. A political machine in Liberal, Ks and the KBI had destroyed a young man intent on doing the right thing and serving the community. Now, nearly three decades later, two political machines are trying to destroy Dan Maes. The GOP political operatives who have very dirty hands in this matter, and of course the ecstatic Progressive Party who keeps the pot boiling and keeps the focus off of their candidate who has so many skeletons that he has to have a warehouse to keep them in! And the other vultures who are feeding off of this are the radio talk show hosts who are above all things ratings craving, profit-driven, and indifferent to the human destruction they are causing. Falling into this very large and widespread trap are many conservative grassroots activists who accept the lies and tainted information from many sources, when one should hold some judgment and search for the facts.
Endorsements are being retracted and calls for Dan to drop out of the race are made by politically influential and, usually, highly respected political operatives of the GOP who are ill-informed and uninformed of the FACTS. Many have 'jumped' to conclusions without ever hearing straight from Dan about the matters being distorted to destroy him. Consider this: It is very simple to look at the people and organizations which have started this little fire and fanned it into a gigantic raging fire. Do they tell the truth, do they have motivations which are pure and sincere? Do they have gains to make by "making the stories juicy," such as ratings, circulations, career advancement, debts to cronies (Tancredo and Boyles close ties, Tancredo and the Independence Institute? Is Freda pure and clean as the driven snow? NO! That lie also needs to be exposed. And how many politicians are more concerned for their status than for their standing for principle and integrity? They hide behind false cries of integrity and principle and doing the right thing, but they base all of this on lies and misinformation, and sometimes prefer to be blown with the wind rather than anchor to the truth and weather the storm! Tea Party people must see the colossal efforts to undermine their movement and the candidates. The progressive left (and many GOP progressives too) wish to destroy the movement with corruption and lies and cronyism. The Tea Party movements/grassroots have inspected, interviewed, and chosen through much effort candidates of character and integrity who will clean up the corruption and refuse to participate in cronyism. This is unpopular to traditional established politics.

It is high time for the grassroots to resolve, that standing ALONE and being right is far better than marching with the mob and blind crowd into the darkness of shame and disgrace.