Contact the Colorado Congressional Delegation and Tell them to STOP SPENDING! 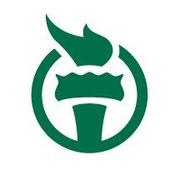 Export to Outlook or iCal (.ics)

DC is spending too much.  We need to call our Colorado Congressional Delegation and TELL THEM spending is out of control.  Please consider taking less than 15 minutes between now and Friday night and placing a call into them.  Below is a script which you can use.   Please call me at (720) 400 – 3966 if you have any questions.  Today several of us called and we need 100’s of more calls made tomorrow.

I am thanking you in advance for your assistance.

Over the last four years, President Obama and Congress have racked up huge spending bills. Budget deficits are regularly topping $1 trillion per year and we’ll soon be $17 trillion in debt. Everyone in Congress who isn’t willing to make the tough choices, and cut spending now, is responsible for that.

From the failed stimulus to the President’s new health care law to runaway spending on entitlement programs, Washington has blown through every single dollar taxpayers have sent, plus millions more.

I have had to tighten my belt when it comes to spending and it’s time that Washington does too!

Congress has promised to cut $85 billion from the federal budget this year and they NEED to NOW. I’m tired of excuses, scare tactics, and threats. Please let the member know that we’ve raised taxes enough and it’s now time to tackle the spending problem.

Thank you very much for your time today!

RSVP for Contact the Colorado Congressional Delegation and Tell them to STOP SPENDING! to add comments!